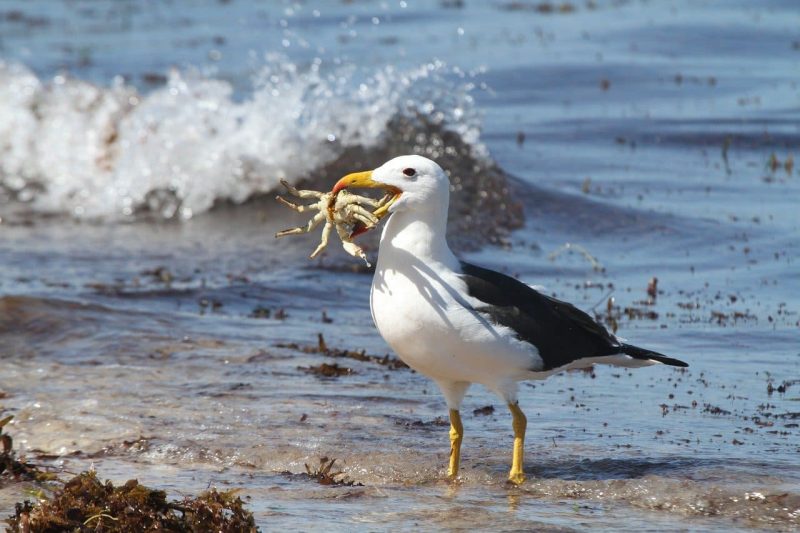 The world is full of an amazingly wide variety of bird species distributed all over. Ranging from different sizes, colors, and patterns to varied habitats this mesmerizing species is worth watching. There are so many largest birds in the world by body weight. In fact, most of these largest birds are flightless. So here is a list of the top 16 largest birds of the world,

Largest Birds Of The World

Accredited as the largest African living bird species on the planet Earth, the common ostrich is a flightless bird listed as long neck animal species primarily native to Africa. Weighing up to 150 kilograms and a maximum height of about 6 feet, common ostriches held the record for being the fastest bird on land with a maximum speed of 70 km per hour.

The Somali Ostrich scientifically known as Struthio molybdophanes is again a flightless bird native to Africa. It is also known as the blue-necked ostrich and was previously considered the subspecies of the common ostrich. Talking about the appearance, it looks similar to a common ostrich, howvever, the skin and the neck along with thighs are blue in color.

The males are larger than the females. Somali Ostriches are mostly seen in the regions of north-eastern Ethiopia, southern Djibouti, most of Kenya, and across most of Somalia. The avarage lifespan of bird species is 50 and 75 years in the wild.

Also Read: 10 Different Types Of Dinosaurs In The World

Also Read: 10 Most Beautiful Fishes In The World

Emu’s are one of the largest bird species in the world and also the largest flightless bird in Australia with a length of about 6 feet and weighing up to 60 kilograms. Emu’s generally have long legs that help them to run at a speed of about 50 km per hour.

They are commonly found inhabiting the savannas, woodlands, and other forest ranges of Australia and primarily feed on plants, seeds, fruits, insects, etc making it one of the most popular grassland animals in the world. It is interesting to note that emus also swallow pebbles for grilling the food they eat.

Commonly found only in the majestic continent of Antarctica, the emperor penguin is the tallest and heaviest type of penguin living species with a weight of about 45 kg and a maximum height of 45 inches. Emperor Penguins are one of the amazing bird species that can dive up to a depth of 1500 feet and can travel up to 80 km in search of food. Emperor penguins spend their entire lives on Antarctic ice and in its water and basically feed on fishes, krills, and squids.

Greater Rhea is the largest flightless bird in South America bringing up to 27 kg and a height of about 4 feet. Greater Rhea is commonly found inhabiting the grasslands and wetlands of South America. They have large wings that help them to balance their body while moving and also change direction while running. Also, just like an ostrich, they have powerful long legs that help them to defeat enemies and threats. Greater Rhea primarily feeds on insects, lizards, and small birds.

The Domestic turkey scientifically known as Meleagris gallopavo domesticus is one of the largest birds and is believed to have been domesticated 2,000 years ago in central Mesoamerica. The female species of Domestic turkeys are known as hens and the chicks are poults or turkeylings.

The male species has different names in different countries in Canada and the United States, they are known as toms and in the United Kingdom and Ireland, they are known as stags. The domestic turkey is the eighth largest living bird species in terms of maximum mass at 39 kg (86 lbs). The avarage lifespan of the Domestic turkey is 10 years in the wild.

Darwin’s rhea scientifically known as Rhea pennata is a flightless bird mostly seen in the regions of the Altiplano and Patagonia in South America. It is also known as the lesser rhea and eating behavior is a herbivore, however, occasionally they are seen feeding on small animals such as lizards, beetles, and grasshoppers.

The Dwarf cassowary scientifically known as Casuarius bennetti is the smallest species of cassowaries. It is also known as Bennett’s cassowary, little cassowary, mountain cassowary, or mooruk mostly seen in the regions of New Guinea, New Britain, and Yapen Island.

The King penguin scientifically known as Aptenodytes patagonicus primarily feeds on lanternfish, squid, and krill. This is the second-largest species of penguin that looks similar to the emperor penguin. The penguin species loves to breed on the Subantarctic islands in the northern reaches of Antarctica, South Georgia, and other temperate islands of the region. The avarage lifespan of King penguins is 26 years in the wild and 41 years in captivity.

Accredited as the largest flying bird in the world, Kori Bustard is primarily native to Africa. Weighing upto 20 kgs and a height of about 4 feet, Kori Bustard is along with Bird with a wingspan of up to 9 feet. Also, it is interesting to note that, unlike other birds, Kori Bustard drinks water by sucking motion and spends most of their time on land usually in search of insects in grasslands as they primarily feed on insects as their main food and also lizards, snakes, seeds, berries, etc.

The trumpeter swan scientifically known as Cygnus buccinator is a species of swan seen in North America. This is also listed as the heaviest bird in North America with a total wingspan of 185 to 250 cm (6 ft 2 in to 8 ft 2 in).

Andean Condor is one of the largest birds of prey in the world, belonging to the vulture family. Andean Condor can grow up to a height of about and can weigh up to 15 kg. Also, they have a wingspan of about 10 feet which helps them to make their flight with their Massive body.

Also, the Andean Condor is the largest flying bird in the world by combined measurement of weight and wingspan and is commonly found in the Andes mountains and Pacific coast of South America. Andean Condors basically feed on the dead bodies of other animals like all other vultures. They also feed on dead fishes and can live for about 75 years.

Primarily native to Europe and South Asia, Dalmatian Pelican is one of the heaviest flying birds in the world that can grow up to 6 feet long and weigh up to 14 kg. It has a wingspan of 9 feet. It is the largest member of the Pelican family and also the world’s largest freshwater bird.

Dalmatian Pelican is elegant soaring bird species that has curly nape feathers, grey legs, and greyish white plumage. Also, Dalmatian Pelican is distributed across the Indian subcontinent and mainly feeds on fish. It can eat up to 2 kg of fish per day.

The mute Swan is one of the most beautiful bird species many native to European countries. Also, Mute Swan is a large waterbird that can grow up to 5 feet long and weigh up to 13 kg. Mute Swans are popularly known for their intelligence and also their majestic S-shaped neck.

This long neck helps them to find food quickly under the water surface as they mainly feed on aquatic vegetation and small fish. It is interesting to note that Mute Swans always remember who gives them care but sometimes they do become a little aggressive.