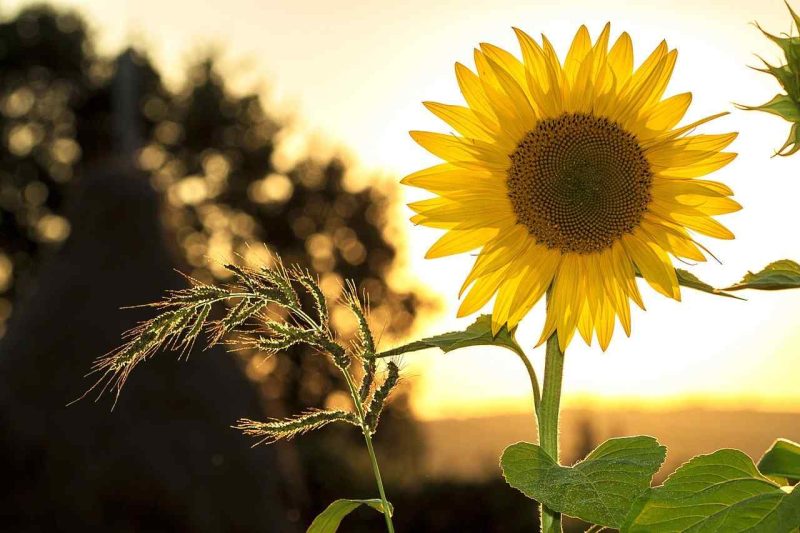 Flowers are the most adorable and purest form of beauty in nature. Found in a variety of vibrant colors, beautiful patterns, alluring designs, etc. There are approximately 391,000 species of vascular plants currently known to science, of which about 369,000 species (or 94 percent) are flowering plants, according to a report by the Royal Botanic Gardens, Kew, in the United Kingdom. we will discuss some of the most beautiful flowers in the world.

Flowers have always remained the reason for bringing a beautiful smile to the faces of every flower lover. Since there are a wide variety of flowers found across the world but people even travel long distances to witness seasonal blossoms like cherry blossoms in Japan, Tulips in the Netherlands, etc. So, here is a list of the top 10 most beautiful flowers found in the world.

Considered the symbol of love and purity, the Rose is not just a beautiful flower but an affection that mesmerizes everyone with its aromatic fragrance. Its elegantly curling and overlapping petals divert an array of colors making it really unique. Roses are perfect to express feelings as no other flower can do it better than the rose. Also, they are found in a variety of colors like red, yellow, pink, white, etc.. symbolizing different feelings and impressions like a red rose for love, a yellow rose for friendship, white for peace, etc.

Also Read: 10 Types Of Butterflies with pictures and info

More than 150 different species, the tulip is a brightly colored Cup-shaped flower belonging to the Lily family. Available in a variety of colors, Tulip is also one of the most cultivated flowers in the world. Tulips generally bloom up in the spring season and remain open for just only 5 to 7 days as they have a very short span. Also, tulips are usually showy and have different colored blotch at the base of the tepals. Moreover, Tulip also has many culinary uses as Tulip petals are edible and are similar to lettuce aur other salad greens.

Also Read: Top 10 Most Beautiful Gardens In The World

The beauty of the lotus flower is undeniable irrespective of how dirty the count is in which the Lotus actually grows. Considered a symbol of purity, Lotus is also considered a sacred flower in Buddhism. One of the biggest flowers is very attractive and has multi-layered petals and green leaves floating above the water’s surface.

Lotus is also sometimes known as a water lily. Also, Lotus is known as the flower of the dawn and is the symbol of purity commitment, and optimism for the people of Vietnam. However, Lotus is found mostly in pink and white color and it requires bright sunshine for its healthy growth.

Originating from the majestic state of Mexico, Dahlia is a beautiful flower with more than 42 different species in the world. Dahlia has a great variety in terms of size and color. Also, the species of this attractive flower is widely cultivated across the world and blooms well between midsummer and first frost.

In fact, Dahlias are mid to late-season flowers available in a variety of colors and forms ranging from bedding dahlias to plate-sized blossoms atop the 6-foot stem. However, Dahlias grow best in a well-drained and Sunny site because warm weather is most suitable for them and they cannot tolerate Frost.

Accredited as the Queen of all aquatic flowers, the water lily is an amazing flower species growing in still and shallow freshwater ecosystems. With more than 70 different species found across the world, the water lily is found in a variety of colors including white, pink, orange, purple and blue, etc.

Also, the interesting thing about this plant species is that it opens up every morning and closes in the evening. Moreover, this majestic aquatic plant species also helps in protecting the water ecosystem and provide excellent habitat conditions.

Also, on blooming, each flower has three upright Orange colored sepals and three horizontal glue in a surprise with the long green leaves. Bird of Paradise also required the bright sunshine to bloom to the fullest and grow well in outside surroundings.

These beautiful flowers have great significance in Japanese culture as they mark the beginning and the beauty of life. In Japanese culture they are known as “Sakura” and people from different parts of the world visit Japan every year spellbound to view Japan’s Cherry Blossom Festival.

Considered a symbol of love, this beautiful heart-shaped flower captures the attention of every flower lover. The flower is named so because it exactly looks like a bleeding heart but is astonishingly beautiful. Blooming completely in the spring season, the species of this beautiful flower grows well in a moist and cool climate.

Also, the bleeding heart flower is found in a variety of colors like red, pink, yellow, and white and is relative to the temperate Woodlands of eastern Asia and North America. It is important to note that all the parts of the plant are considered poisonous if ingested.

Orchids are also considered the symbol of love because they can easily bloom and grow in most conditions. Orchids are colorful flowers with an aromatic fragrance and have a very attractive appearance. Also, orchids’ most popular indoor plants that require only 25% sunlight and can live up to 6 weeks.

With more than 25000 different species, orchids make up one of the largest and most diverse groups of flowering plants in the world found in each and every part of the world except Antarctica. Also, Orchids are also one of the best types of flowers one can keep in their gardens.

With more than 50 different species, Marigolds are majestic flower species that can bring the color of sunshine to one’s garden as well as butterflies, bees, ladybugs, etc. Marigolds are hardy, bright, and easy-to-grow plants that can bloom in just about 8 weeks. Marigold is also most popularly known as the garden plant that blooms non-stop from early summer, and late spring until the First Frost.

Plumeria is one of the beautiful flowering plants native to Central America, Mexico, the Caribbean, and South America. The flowers are primarily used for their showy and fragrant flowers. These flowers exist in a variety of colors such as yellow, white, pink, and red.

Plumeria can be easily grown as garden plants and even as indoor houseplants. These plants do best in full sunlight and moist soil conditions. In Australia, Plumeria is known as frangipani and these flowers are most fragrant at night that can attract moths for pollination.

Hydrangea is one of the most beautiful flowers known for its color variation. The name of the flower comes from Greek descent where “Hydor” means water and “angos” means jar or vessel. Since ancient times these flowers are used for showing gratitude whereas emperors used to give them to the maidens as a sign of thanks.

The different colors of flowers have different meanings where pink represents love and sincerity, blue represents forgiveness, white represents boasting or bragging and purple represents abundance and understanding. It is believed that the flower is native to Asia. however, one specific variety has been discovered in America in 1910.

Magnolia is also one of the beautiful flowering plants that belong to the family Magnoliaceae. The flower is named after French botanist Pierre Magnol. The flowers come in a variety of shapes, sizes, and colors depending on the species.

The size of the flower is 7.5 centimeters (3 inches) up to 30 centimeters (12 inches) and has up to 18 leathery sepals and petals stuck together known as tepals. There are different colors of flowers such as pink, white, red, purple, or yellow. This is the official state flower of both Mississippi and Louisiana.

The Common daisy is also a flowering plant that belongs to the family Asteraceae also known as Compositae. As of now, 4000 species of daisies are known to humans that can be differentiated based on size, shape, color, and type of habitat. The daisy flowers consist of a large number of small flowers known as florets.

The entire flower is a collection of disk flowers and ray flowers that are secured by a base called a peduncle. The primary pollinators are bees that can seek out nectar and pick up thousands of microscopic pollen grains on its body.

Sunflowers are scientifically known as Helianthus that has originated from the Greek word helios for sun and Anthus meaning flower. The unique part is that it follows the sun’s movement in the sky from east to west and the whole process is known as heliotropism.

There are different types of Sunflower that are made up of thousands of teeny flowers known as florets. It is belived that the sunflower has been cultivated and harvested for more than 4,500 years. This is also one of the fastest-growing plants that can grow 2.4-3.7 m (8-12 feet) tall in just six months. It is the national flower of Russia and the tallest sunflower recorded so far was 9.17 m (30 ft 1 in).

Fuchsia is one of the flowering plants that develop tubular or bell-shaped flowers. It is also known as lady’s eardrop that belongs to the family evening primrose. It is believed to be originated in Chile, Argentina, and Mexico. As of now, more than 100 species are known to humans that grow in tropical and subtropical areas around the world.

The flowers can be seen in the summer and autumn and they last for a few days. Almost all the varieties develop bright colored flower which is composed of red sepals and purple petals, however, some varieties have white, yellowish, orange, dark red, and purple-blue colored flowers.