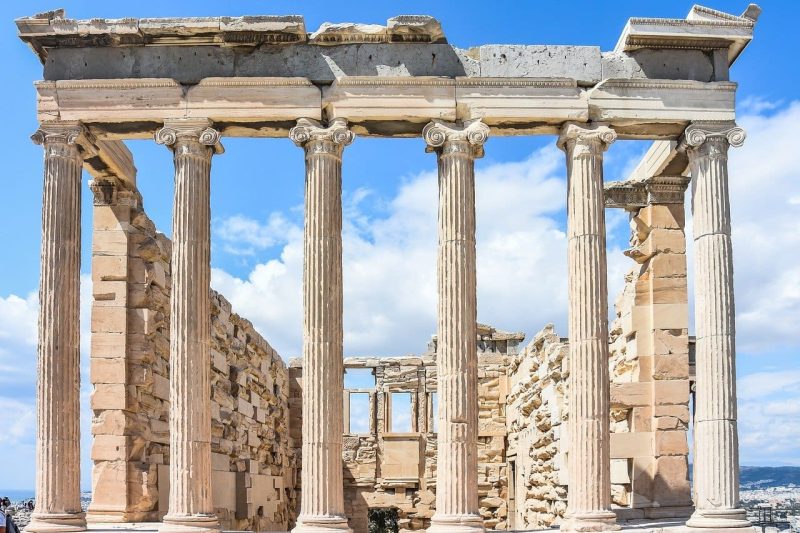 Starting from the evolution period, we humans have always lived in colonies. Taking examples of nomads living in tribes to some early civilizations like the Indus Valley Civilization, we have cracked the code of survival which is – to live in a group. So, as the species evolved, we developed our technologies, architecture, and skills through which we established cities. There are traces of many old and ancient civilizations which, nowadays, we can see in our museums. In this article, we are going to read about 10 oldest cities in the world which people still inhabit and carry out their day-to-day lives.

Oldest Cities in the World

Situated in Jordan Valley, Jericho city’s past dates back to 9500 BCE. Being settled such a long time ago, this city is of huge archaeological significance to the whole world. The unearthing of the city had shown us the traces of the Mesolithic hunters, whose samples, after their carbon dating, were found out to be from 9500 BCE as well as from the urban modernization of society in 4000 BCE. The art and literature of biblical history have also mentioned Jericho city as the first town the Israelites attacked under the leadership of Joshua, which led to the abandonment of the city. It was reestablished by Hiel the Bethelite in 900 BCE.

Byblos is an ancient city located on the coast of the Mediterranean Sea in Lebanon. This city was settled in 4000 BCE around the new Stone Age and currently has a population of 140,000. Because of being a coastal city, Byblos, at that time, grew as the chief harbour in no time. Egypt used to get its valuable goods like cedar and wood exported through Byblos Harbor. Ancient Egyptian monuments and inscriptions were excavated from the city which dates back to the second half of the 2nd millennium BCE, proving the ancient past of the city.

Not only the oldest, but Plovdiv is also one of the largest Bulgarian cities. Situated in the southern part of the country, it lies in twixt seven hills with river Maritsa running through its centre. It was renamed Philippopolis in 341 BCE by Philip II of Macedonia. Before that, it was called Pulpudeva. The rulers of Plovdiv continuously changed throughout history. When Turks took control of the province, they called it Philibé. The city got its present name, Plovdiv, after the first World War.

Impressed by its terrain, the early Syrian settlers chose Aleppo as a suitable and safe location to settle. In return, this city provided agricultural land, good defensive ground, and accessibility to a water source, the Quwayq River. Though the exact era of the establishment of the city is unknown, the old pieces of literature and archaeological findings showed us the traces of the inhabitation of many early civilizations. The archives of Elba has the mention Aleppo’s Arabic name which is around the time of 3000 BCE.

Situated at the banks of river Ganga, Varanasi may have been established as early as the 11th century BCE. It is also the city where the many Indic religions developed. Locally known as Kashi or Banaras, Varanasi is one of the seven sacred cities of Hinduism. It is believed to be the site of early Aryan settlement and was the place famous for its muslin, silk fabrics, perfumes, sculptures, etc. making it an industrial hub. Being a holy and sacred place, Varanasi attracts Hindu pilgrims and tourists each year.

The name Argos means agricultural plain, which can be applied to many districts of ancient Greece. Archaeological activities began in this city in 1854, which revealed that this city was the main centre for the sanctuary of the mother-goddess Hera. After some years, around the time of World War two, we found some remains of the temple of God Apollo in the excavations proving its ancient heritage.

The city of Susa is inhabited from dates going back to 4395 BCE. It was the capital of the ancient kingdom of Elam and was the administrative capital of Darius I and his successors from 522 BCE making it one of the oldest cities in the world. The archaeological digging of the site, which started in 1850 by W.K. Loftus, unravelled the city’s past. The sites mainly have four mounds. Further excavation here had also revealed some fine pottery works from two different civilizations. This city, like all major cities, lies near two rivers, the Karkeh and Dez Rivers.

One of the oldest cities in the world, Luxor is the southern part of the ruins of the ancient Egyptian city of Thebes. That area is famous for its marvelous temples built by early Egyptians to the Gods. Built proximally to the Nile River, the origin of the temple was believed to be around 1380 BCE. Temple of Luxor, the name by which it is famous today, is a popular tourist destination as it provides visitors with a gaze of its historical marvel. The modern name ‘Luxor’ actually means the ‘Palaces’ or the ‘Forts’ as you can see many of them if you ever visit the city.

The city of intellect, the city of ancient art. Athens is considered as the point of origin of intellectual and artistic ideas, in turn, originating the Western civilization. As per the old records, people started residing in the city during the Neolithic Period. Some pottery works and remains of that society were found from the archaeological sites which proved the origin of the city as well as showed us the skill and artistic standard of people of that era. The oldest building here dates back to 1200 BCE, from the Late Bronze Age. The beautiful architecture and history have made Athens a famous tourist place. It is one of the oldest cities in the world.

Damascus is the capital of Syria, and consider the oldest capital city in the world. Also, consider the fourth holiest city of Islam. Arabic locals also know this city as Dimashq which somewhat means that its origin is prior to even the origin of the recorded history itself. Damascus has been contested and conquered many times by many rulers in history. Starting from Rezon I in 950 BCE to Tabrimmon and Tab-El, Damascus never settled within the reign of a single dynasty.