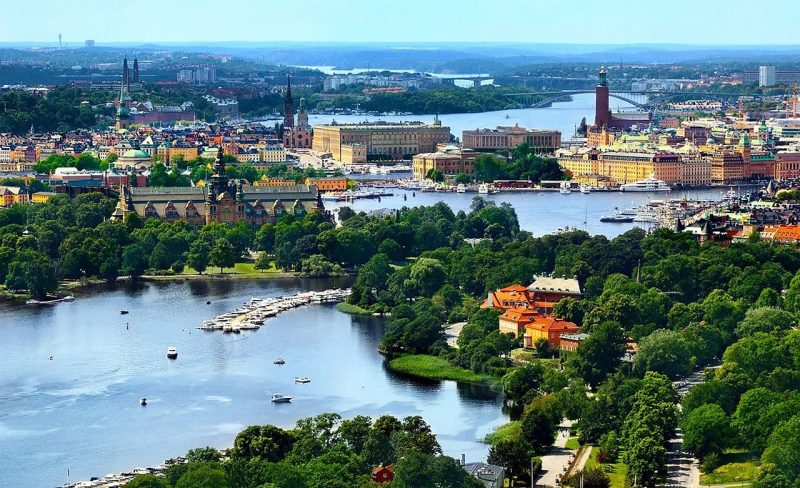 With Climate change being a bigger threat than ever, Green Cities are what the world needs. The term “green city” considers not only the green spaces in the city but its waste management system, its vehicular emissions, and pollution levels. Here is the list of the top 10 greenest cities in the world. Read on to find out which greenest cities deserve the spots and why.

The Danish capital is renowned as the greenest city in the world. A coastal city on the islands of Zealand and Amager. With a population of eight hundred thousand, the city was awarded the famed “European Green Capital Award” in 2014. Copenhagen aims to be the first carbon-neutral city in the world, as soon as 2025. The capital also obtains 10% of its food organically and recycles almost 60% of its waste instead of sending it to landfills.

The city also has the infrastructure built to serve cyclists. It has especially laid out cycle tracks. The metro also allows passengers to carry their bikes on trains. Here even parliamentarians can be seen cycling to work. No less than 50% of Copenhagen residents have a bike as a medium of transport. Hydrogen and Electric are also big on the scene, bringing down vehicular emissions significantly down.

The capital of the Netherlands, this city has about 58% of its residents having bikes or walking as their first means of transport. Also called the cycling capital of the world as it has more bikes than people! The city is also home to 800 above vegan or vegetarian restaurants. No wonder the city also hosts a large vegan population. The city administration aims to reduce its carbon emissions by 95% by 2050 and power their homes with sustainable energy by 2030. The city also has a well-laid network of canals, earning it the title of “Venice of the North”.

Also Read: Top 10 Most Beautiful Gardens In The World

Located in the British Columbia province of Canada, the city is home to around 631 thousand people. It is the greenest city in Canada and all of North America. It was also awarded the greenest city award for increasing its waste recycling capacity from 40% to 60% only in a decade. Green space is within a five-minute walk of about 92% of Vancouver residents. The city aims to get 100% of its energy needs from renewable resources by 2050. This city too, just like others on our list, has specially built cycling lanes for the convenience of cyclists. Situated on the West coast of Canada, the city is surrounded by nature 360 degrees.

The city is situated on the west coast of California is the 17th city in America by population. The famous Silicon Valley is also situated in San Francisco. The city is known for recycling around 77% of its total waste produced. The city also has double the average number of solar panels per household in the US.

San Francisco was also the first city in the USA to ban plastic bags and the first to ban plastic water bottles. The city buses and taxis also use alternative fuels like biodiesel. It was crowned the Greenest City in North America back in 2011. Almost 80% of the city waste now stays out of landfills and the authorities are working to take this number to 100%.

Singapore is a city, a nation, and a state nicknamed the City in Garden for no reason. Situated on the southern tip of the Malay peninsula, the city has the second greatest population density in the world. This however is no obstacle for greenery in Singapore, as 30% of the area is covered by vegetation proving that population does not necessarily mean less greenery. The city laws require new buildings to have plants as part of the design. Many old buildings and new ones have green roofs with edible gardens. These building standards not only increase green cover they also reduce noise, pollutants and decrease water and energy wastage on cooling.

The city with a population of 600,000, it’s the largest in Oregon, USA, has over 92,000 acres of green cover
Portland is renowned as one of the most bike-friendly cities in North America. Having the largest rate of biking-to-work than any other city in the US. Public transport is well developed which reduces vehicular emissions drastically. The city has a multitude of parks, bridges, and forests which provide areas for recreation. Portland aims to derive all its energy needs from renewable resources by 2050 and increase the rate of recycled waste up to 90% by 2030.

The capital of Sweden, Stockholm is home to about 976 thousand people. The city is famous for its halls and as the host city of Nobel Prizes. Stockholm was titled the “cleanest city of Europe” in 2010. The city has such an amazing waste recycling system that it experiences shortages of garbage and has to import garbage from neighboring countries. The city has an extensive network of bike lanes and metro tracks. Stockholm has set its target to be fossil fuel-free by 2040. It was also the recipient of the 2010 European Green Capital award. Almost 95% of the residents have access to a green space in less than 500 meters.

The capital city of Finland, Helsinki is a close competitor of Stockholm in eco-friendliness. Situated on the shores of the Gulf of Finland it is the most populous city of Finland, home to 1.2 million residents. The city consistently ranks among the top as one of the world’s most liveable cities. Of all the journeys made in Helsinki, around 77% are done by either walking, cycling, or public transport. The city aims to be carbon neutral by 2035 and cut its greenhouse emissions by 60% by 2030. The city is also big on recycling and people regularly buy and sell recycled items.

The capital of Germany Berlin is European Union’s most populous city, with 3.8 million residents. Situated on the banks of the Spree River, it is known for its museums, palaces, and the famous Brandenburg gate. Berlin also has an expanding network of electric vehicle charging stations making electric vehicles an attractive travel mode. Due to historical reasons, many Berliners have gardens where they grow their own food, organically. As such there are a lot of gardens and green spaces which are protected by the community. Berlin also has a recycling system where you can get €0.25 for every recycled plastic bottle.

Located in southern Brazil, in the state of Parana, Curitiba is nicknamed the “Ecological Capital of Brazil”. The city has 52 square meters of green space per person. It was the recipient of the 2010 Global Sustainable City award. Curitiba also has a recycling system where people get cash tokens or snacks for products that can be recycled. Consequently, over 70% of its waste is recycled. This city also has an extensive Bus Rapid Transit System that satisfies 70 to 80% of Curitibanos. The green areas which are a part of city culture and low vehicular emissions make Curitiba one of the greenest cities in the world.