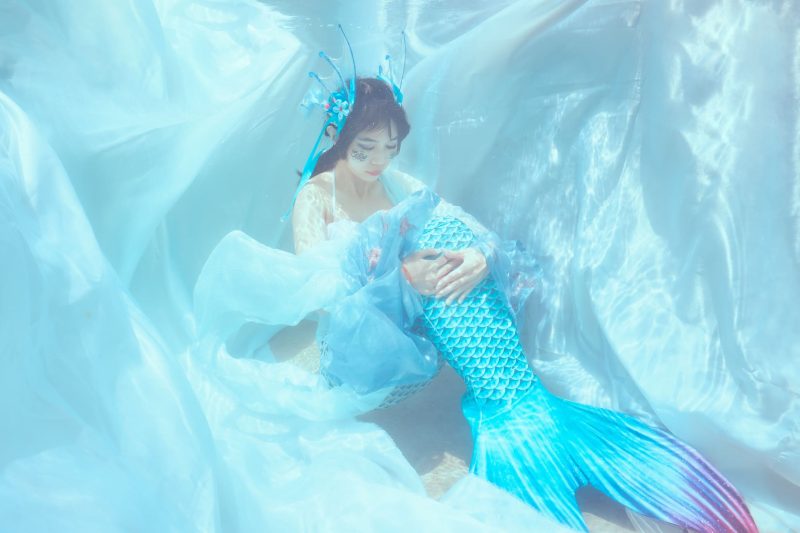 You might have heard about a lot of animals in mythological tales. I am sure they made you curious about their identity and whereabouts. It is the curiosity for these creatures that have made these tales survive to date. Have you ever felt like learning or knowing more about these mythical creatures? If yes, then this is the perfect place for you. In today’s article, we are going to talk about ten such mythical animals/ creatures. So without further ado let’s get on to this.

It is believed to live in Scotland. It is a kind of plesiosaur. People claim that it has been surviving for thousands of years in Loch Ness lake. As per a blog published in a Scottish newspaper, 85 years ago, a couple saw it in the lake. They claimed that its body resembles that of a whale. Surprisingly, there was a mention of this animal in the biography of missionary St. Colombia. Though there is no scientific evidence of its existence.

This animal has been haunting New Jersey’s pine barrens since 1735. It is believed to have a big tail, ears, and horns. There are various myths about this animal. The most common one is that this creature was born to the wife of Daniel Leeds. Since she was a witch, thus this creature was born. And just after its birth, it started yelling in a screeching tone, spread its wings wide, and flew away in the dark. There are no pictures of this animal, however, various storybooks and TV shows mention its name.

We have been hearing this name for a long long time. There are various movies, shows, and books based on this creature. But who has seen it in real life? Probably no one. Its description in books and movies has intrigued our interests. People claim that these giant creatures that existed once are now extinct like dinosaurs. But, there is no scientific evidence to prove their origin and existence.

Its name comes from the single horn on its head. Its body resembles that of a goat or horse. Its description was given as a single-horned animal in Greek literature. It was also mentioned in the artworks of Mesopotamia. This creature is majestic enough to grab people’s attention. Moreover, it is believed to have various healing properties. It is claimed that if drink something from a cup or glass made from its horn, you are immune from any kind of poisons.

The term Mermaid is used for the female and for the male it’s Merman. In ancient folklore, mermaids were believed to reside in the vast oceans. They have a half-human and a half-animal body. There are various mythical tales about this creature. It is believed that a goddess named Atargatis converted her human body to that of a mermaid as a punishment for killing the love of her life. Some people also associate them as the harbinger of unfortunate events like floods, drought, shipwrecks et cetera.

This mysterious creature is said to breathe fire. The fearsome monster has the head of a lion, the body of a goat, and the tail of a dragon. It is claimed that she haunted the people of Lycia and one fine day, the King of the state ordered the hero Bellerophon to slay her. He thought that a Chimera would kill him. However, the hero successfully killed her. Presently, the word Chimera is used for any animal or creature that is a hybrid.

I am sure you must have heard about this creature. It is a mythological creature that is believed to be an undead corpse. They are either considered a sorcerer or a witch. There is a lot of mention of them in fantasy and horror movies and books. The Zombie thing came from Haitian folklore. The people of this culture used various methods to reanimate a dead body and called it a zombie. It is said that the Zombie remains in control of the one who reanimated it and it has no personal choice. The poet Robert Southey first used this creature’s name as Zombi. You will find this corpse in various Hollywood movies.

They are weird and scary-looking creature that feeds on humans. Just like those red wine glasses, their glasses are full of human blood. They are other creatures that are undead or have been revived after death in some way or the other. A group of vampires is known as a brood. They have sharp teeth and have pointed fangs that are strong enough to be used as a murder weapon. These creatures are so legendary that people create their looks like vampires on Halloween. Various shows like Vampire Diaries are based on them.

The Bogeywoman or the Bogeyman is a mythical creature from English folklore. It is also known as the Dream Devil and its name is used to haunt children, especially the ones who misbehave. People say that this creature punishes such children. Not only does it punish the wrongdoers but also protects the one who is naive and innocent and who is a victim of violence. While some of them think of them as noble creatures but there is another set of people who consider them as heinous. The ones who take away children and kill them.

These supernatural creatures are considered to be quite powerful. This mythical bird is said to have huge wings and its origin is traced back to either India or Arabia. Many claims that it was the oldest creature in the universe. It is a firebird that is considered sacred and it is a symbol of immortality.

This is because they are strong enough to heal from any kind of injury. They can easily revive themselves. Interestingly, it is believed that their tears can heal people. They have another superpower that they can easily transform themselves into another shape. The only thing that can destroy them is the power of magic and nothing else. It is one of the most amazing mythical animals in the world.

These are the most famous mythical animals in the world. Kindly share and do post your comments.