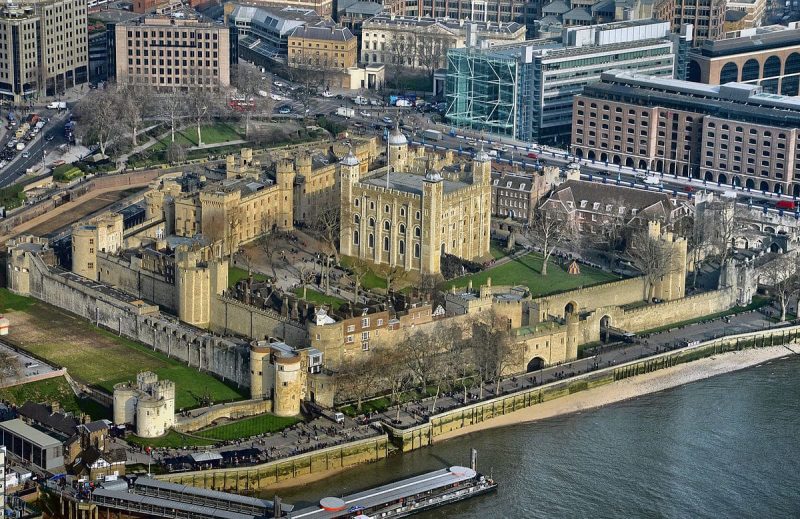 The present-day situation around the world could be phrased as “solitude is safe” with the pandemic in mind, now if we look through another eyehole, doesn’t it seem like we are being imprisoned at our homes because of our own doing? The same manner through which real-life penitentiary’s work?. But this metaphor is no way near the reality of the prisons around the world, from horrific to luxurious, prisons narrate stories of varying genres. Here’s an overview of 10 of the most historic and famous prisons around the world,

Historic and Famous Prisons In The World

Housing some of America’s most difficult and dangerous felons during its years of operation from 1934 – 1963, the federal prison on Alcatraz island in the chilly waters of California’s San Francisco Bay is one prison you’d want to learn about. Notorious criminals such as Al “Scarface” Capone and murderer Robert “Birdman of Alcatraz ” Stroud were few of the many held at this penitentiary. As the prison was nicknamed, no inmate ever successfully escaped the Rock, although a dozen known attempts were made over the years. The prison was later shut down due to its high operating costs. Today, the Alcatraz island, because of its historical value serves as a tourist attraction.

Robben island 6.9 kilometres from the west of the coast of Bloubergstrand, Cape Town, South Africa, the maximum-security prison is an inactive prison at Robben island in table bay. Popular and famed because of Nelson Mandela, Noble laureate and former president of South Africa who was imprisoned there for 18 of the 27 years he served behind bars before the fall of the apartheid. Since 1961 this prison had been used by the South African government for convicted criminals and political prisoners. This maximum-security prison for political prisoners was shut down in 1991.

Also Read: 10 Most Famous Statues In The World

Known for its dark past, the Elmina castle was the first European slave-trading post in sub – Saharan Africa. Built in 1482 by the Portuguese, the caste initially served as a hub for the gold trade, from where its name comes from, ‘Elmina’ meaning the mine. By 1500 the castle had already become a base for the slave trade. People who were captured in the interior of the continent were held prisoner in the castle, and guarded by soldiers before being transported to ships bound for the colonies. This practice was later abolished by the Dutch in 1814. Visiting such a historical landmark makes one think it isn’t entirely about recollecting the past, but also about making sure it’s never repeated, as sometimes you visit to remember and sometimes you visit to never forget.

Famed as the Alcatraz of Australia, The island is located approximately 97 kilometres southeast of the state capital, Hobart which has a population of around 250 most of them employed in the tourism sector because of the historic site. At the beginning (1833) the island acted as a penal colony for British and Irish convicts and was meant to be tough and inescapable similar to Alcatraz. Named after the lieutenant governor of Van Diemen’s land, George Arthur. The historic prison was later left to decay during the late years and was sold in 1899.

Devil’s Island in French Guiana is reputed as one of the most notorious prisons among the various penal colonies that were formed over the last few centuries. Centred on a small island 7 miles from the coast of the South American country. This prison housed many worst French criminals, political and military prisoners. Earning popularity because of its infamous history revolving around ghost hoaxes of ex-prisoners and other debatable experiences, it became public in the early 20th century, and after 100 years of activity, it was finally closed in 1946. Perfect for its name which reflected the situation in which the prisoners found themselves on this island, as a great majority of the 80,000 prisoners that served there are said to have never left the island and died there.

One of the famous prisons known as Hoa lo prison, which was reputed in the west as the prison was shot down and captured American pilots were kept as prisoners of war. Sarcastically referred to as Hanoi Hilton by the captured pilots. Now, senator, John McCain was also held in the infamous prison at various times during his 5 and half years as a POW. Numerous accounts from prisoners when they got home depict a disturbingly atrocious picture about the abusive life in the prison, a life of beatings, rope torture, solitary confinement, deprivation and arbitrary punishment. A few of the nearly 600 other American flyers held as POW’s during the Vietnam war stayed even longer. The POW prison operated from Aug 5, 1964, to March 29, 1973.

Built as a secure fortress and as a symbol of royal power, the Tower of London was a prison unlike. The unique element being it was also a royal palace with luxuriously furnished apartments and a menagerie of royal beasts. Storehouses for weapons and the royal mint that produced the nation’s coins were located just behind the castle’s walls. The tower also acted as an enclosure for people who posed a threat to national security. Imprisonment at the tower was not just one of the traitors and gruesome executions. Despite its fearsome reputation, it was also a tale of luxury, banquets and daring escapes. When the inmates were no longer seen as a threat to national security, they were released after paying a ransom. Similar to the story of the tower, its role as a prison is also a varied one.

Built in the mid-1500s on the tiny island of If, Originally intended to act as a coastal defence station. Constructed fairly cheaply and carelessly retaining a rough texture on the outer wall of the three-story island defence. The gunnery towers still remain today, built within the wall as the fortresses primary defining feature. No assault/ attack ever took place at the fort and it weathered the centuries nearly untouched save for weather and time.

Out of the 189 known interrogation centres in Cambodia, S-21 or later known as Tuol Sleng prison was the most notorious one. Prisoners had to live in primitive brick cells built in former classrooms. Only 12 prisoners are believed to have survived out of the 14000 – 17000 prisoners who were detained there. Confining mostly elite prisoners from Khmer Rouge’s own ranks. The prisoners underwent extreme methods of torture to be forced into a confession, spouting imaginary stories fearing for their lives. The prison fell with the downfall of the Khmer Rouge regime in 1979. It is one of the historic and famous prisons in the world.

Museum and former prison located on Russell Street, Melbourne, Australia. Constructed in the 1840s, this prison operated from 1845 – 1924 and was once used in world war II. Some of the most notorious criminals such as Ned Kelly and serial killer Fredrick Bailey Deeming among many others were held and hanged here. A spine chilling fact about this prison was the executed inmates head were used to make death masks which are still on display today in the prison turned museum.

These are the 10 of the most historic and famous prisons around the world. Kindly share and do post your comments.