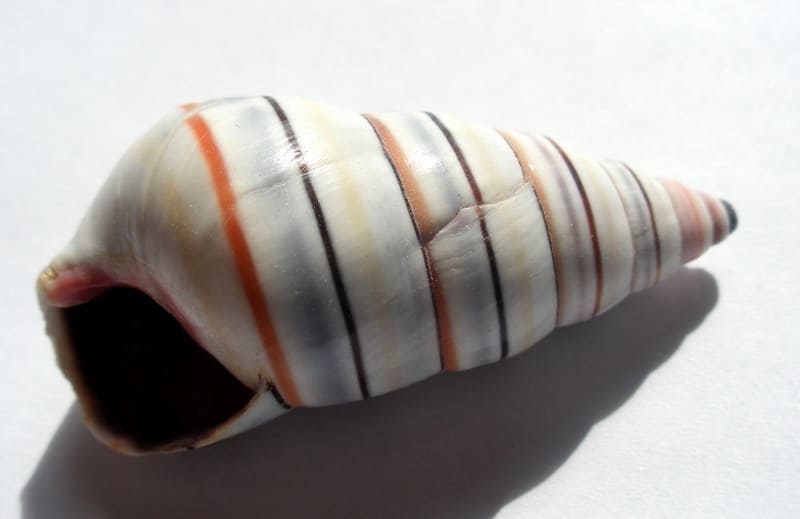 Snails are slimy slow-moving creatures that destroy your garden tomatoes. But they are also loved as pets in aquariums. Many snails develop interesting patterns on their shells which is also collectible. Collecting snail shells is a hobby for many. Snails live in saltwater and freshwater and on land too. Snails are one the useful animals to humans that do not appear dangerous at all, a bit slimy but not dangerous, but appearance can be deceptive too.  we will discuss different types of snails in the world.

There are many snails that are dangerous, some even for humans! As pets, they are low maintenance and unlike some other animals, do not make any noise which makes them good companions in urban areas. Read on to find out interesting facts about 10 types of snails in the world.

Types of Snails in the World

These are aquatic snails that live in freshwater. This cute little snail is a top choice for aquarium snails. They are found in their native habitat in the Rainforest of South America. It is also known as the apple snail. They come in a variety of colors. Sometimes they are light brown in color like a regular snail, other times they can also have multiple stripes darker in hue than the primary color of the shell. It can also be solid yellow or greyish or black depending on the variety.

In the wild, they live on the floor of shallow water bodies where they can easily find fallen plant material to eat. In aquariums, however, you have to be careful not to keep the lid open because they’ll climb out of the water and try to escape or explore perhaps. They have a typical lifespan of 1 year so if you’re looking for a long-living pet this may not be the right choice for you.

These are beautiful snails with beautiful shells. The shell pattern varies from snail to snail and takes on different colors and patterns. They are sea snails. They are a great choice for aquariums as they eat any algae that grow in the tank and help keep it clean. They are called aquarium cleaner crew for this reason. They generally are calm and live solitary lives.

Nerite snails have different species some of whom live in freshwater and some in saltwater. If you’re looking for a pet, an active snail is generally the best choice especially if you’re looking for one to clean your aquarium. The active snails are the ones that climb on walls or anything good enough for them to climb. The ones on the floor might even be just empty shells.

This is the most elegant among all the snails. Its shell is a solid white cone with colorful circular stripes. This gives it the appearance of candy and hence the name. They are a prized part of any collector’s treasure. The scientific name of the species is Liguus virgins and it’s found in the Caribbean. The snail spends most part of its time climbing on trees and feeding on lichen and leaves.

Not aquatic butterflies, but rather they are snails. They are similar to planktons and form an important part of the food cycle of oceans. They occur in most of the world’s oceans because they are so tiny that they are easily carried away by ocean currents. They have unusually transparent bodies and given their tiny size; they can be hard to spot.

Their backs have two transparent wings or fins which they use to float. The shell of this species has become reduced due to a lack of utility. Nevertheless, it’s still present in the species but in a strange form. Their shell is so thin and soft, that it’s actually transparent.

Lissachatina fulica as it is called scientifically is native to the forests in Eastern Africa. And although not big for humans, is the largest among the snail family. The snail is brown-grey in color and its shell is light brown in color. This snail has become an invasive species as it has spread to large parts of the world because of human activities.

From Africa, it can now be found in China, India, and the Indian Ocean region, all of Southeast Asia, and even America. To add to the woes, this snail is known to spread many plant diseases and even animal and human diseases. As both plants and humans avoid it, it easily spreads across an ecosystem, establishing itself and hurting other native snail species.

They make rafts with bubbles to stay afloat and travel long distances across oceans. As they reside on the surface, they are also washed up on shores by waves. Their shell is smooth and has a distinct solid light violet color. The snails in this species are born as males and turn into females late in their life cycles to hold eggs.

These types of snails are a late addition to the family. Discovered in deep a cave system in Croatia, this snail is a tiny one. Residing in deep cold and dark caves, the snail and its shell have evolved to be almost completely transparent. Add to that their slimy nature and these are creatures that will haunt you if you ever found yourself in that dark cave. Researchers have found that they lack eyes spread only through water and other animals as they can barely move a few centimeters with their speed.

This is a class that describes the snails that have a shell shaped like a flat coil. They live in aquatic environments but breathe air. The shell resembles a ram’s horn and that’s why they are named so. The ramshorn snail mainly comes in black in red colors. They are also described as an invasive species in aquariums as they spread rapidly in that environment.

This snail is found in the Indian ocean region spread across from the Red Sea to the Pacific Ocean. Unlike other snails, they are predatory snails that actively hunt small fishes. They are venomous too. They can even kill humans with their venom. Their shells are somewhat cylindrical in shape and are highly prized among shell collectors.

Also Read: 10 Different Types Of Crabs In The World

This is a land snail with peculiar bioluminescent bodies. They live on the islands of Southeast Asia. Their bodies emit yellowish-green light and their eggs glow too although this is limited to younger snails only. it is one of the most amazing types of snails in the world.

These are the 10 different types of snails in the world. Kindly share and do post your comments.