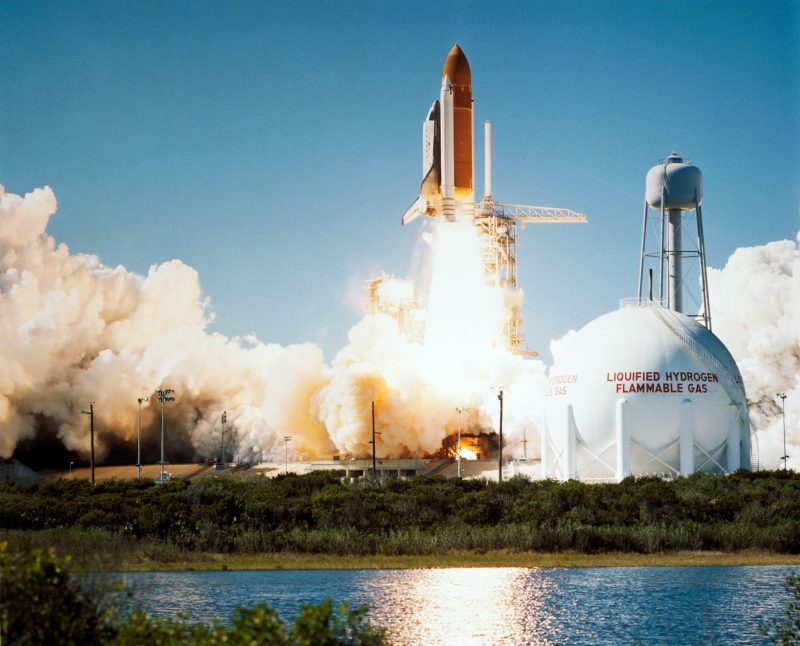 Space exploration is one of the best achievements of humans civilization and it is responsible for the invention of many things such as memory foam, scratch-resistant lenses, medical equipment such as insulin pumps, advanced polymers, battery-operated tools, solar cells, wireless headsets, freeze-dried foods, digital photography, signal technology used in CAT scans and MRIs, air purifiers, insulation systems, infra-red detectors used in thermometers, portable computers and the list goes on., Howvever,e everything comes with a cost there are fatal accidents happened such as space shuttle disaster challenger, Here is a list of space shuttle disasters in the history of mankind,

The Space Shuttle Challenger disaster was a fatal accident that happened on January 28, 1986, when the shuttle broke apart 73 seconds into its flight and killing all seven crew members aboard. It is one of the worst disasters that happened in NASA history and here are studies that revealed that the crew were probably alive during the hurtling time of the shuttle and they were died because of the strong impact of the shuttle with the ocean at 333 kilometres per hour. The real reason was a faulty mechanical gasket in the fuel compartment which led the shuttle to go up in flames.

The space shuttle challenger disaster is not actually an explosion because the seal in the shuttle’s right solid-fuel rocket booster that was designed to prevent leaks from the fuel tank during liftoff weakened because of frigid temperatures and failed and later hot gas from the shuttle began pouring through the leak causing fuel tank itself collapsed and tore apart creating a huge fireball of liquid oxygen and hydrogen.

Space Shuttle Columbia is a spacecraft used by NASA to fly into outer space and this is the first space shuttle to fly into space, on April 12, 1981. The shuttle broke apart while re-entering the Earth’s atmosphere on February 1, 2003, killing all seven people who were on it at the time. The shuttle was a part of 28 missions and it is named after a US Navy ship that circumnavigated the world in 1836. This is also the name of the Apollo 11 Lunar Excursion Module. The fatal accident took place in 2003 where it was launched from Kennedy Space Centre and the crew was to stay in space for two weeks, conducting various experiments in a dedicated pod called ‘Spacehab”.

The Soyuz 11 is the first only crewed mission to board the world’s first space station Salyut 1 and crew includes Georgy Dobrovolsky, Vladislav Volkov, and Viktor Patsayev is at the station on 7 June 1971, however, the mission ended in disaster when the crew capsule depressurised during preparations for re-entry, killing the three-man crew. All three members are the only casualties in space. The Russian spacecraft stayed a three-week stay in space and the crew conducted various experiments including tests to determine the effect of prolonged weightlessness on the human body and were set to return on the 22nd day. This is also considered as one of the fitting responses to the USA after placing a man on the Moon, however, tragic news was that all the entire crew was dead.

Soyuz T-10 shuttle was launched in 1975 and only after 5 minutes, the shuttle started descending towards the Earth. The spacecraft faced a force of more than 21G compared to a Boeing aircraft during takeoff is merely 0.35G. The only good part is that all three cosmonauts survived the descent and landed on a mountainside in Siberia and from there tumbled towards a 500-foot cliff. The life has been saved by the strings of the parachute caught onto a tree and saved the crew from almost certain death.

Soyuz 1 was launched into orbit on 23 April 1967 that carrying astronauts cosmonaut colonel Vladimir Komarov and it is the first flight of the Soyuz spacecraft. There were technical issues in the flight and Komarov was killed when the descent module crashed into the ground due to a parachute failure. This is also listed as the first in-flight fatality in the history of spaceflight. The mission was one of the ambitious plans by the Soviet Union to put people into space. There was also an attempt made to send another shuttle to rescue the first one had to be abandoned due to an electrical storm.

Voskhod 2 is another Soviet crewed space mission in March 1965. This is also the first shuttle to complete an ‘Extra Vehicular Activity’ known as a spacewalk but it was remembered for the disaster landing. The spacecraft has two crew members on board, Pavel Belyayev and Alexei Leonov. The history has been created when Alexei Leonov became the first person to leave the spacecraft in a specialized spacesuit to conduct a 12-minute spacewalk. On re-entering the Earth, the automatic orientation device failed and the cosmonauts had to land the craft manually and finally landed in the forests in the Ural Mountains with no habitation nearby. Both crew members has been spotted the next day with was evacuated to a nearby clearing and reported that their mission had been successful.

Apollo 1 was one of the painful space shuttle disasters in the history of mankind because it happened at the time of not during the actual launch but during a simulation. All three crew members are ready for a later launch but the initial stages were filled with technical glitches and malfunctions. The improvisation has been made but when the countdown reached T minus 10 minutes, one of the astronauts reported a fire in the cockpit and later all the crew members were dead because of carbon monoxide poisoning. The mission was initially designed as AS-204 and this is the first crewed mission of the United States Apollo program with a plan to land the first man on the Moon.

Gemini 8 officially known as Gemini VIII is the sixth crewed spaceflight in NASA’s Gemini program. The mission was launched on March 16, 1966, and was the 12th crewed American flight and the 22nd crewed spaceflight of all time. The purpose of the program is to support the Apollo Lunar Program. The command pilot is Neil Armstrong’s and the mission conducted the first docking of two spacecraft in orbit, however, it suffered its suffered the first critical in-space system failure of a U.S. spacecraft that had even threatened the lives of the astronauts and required an immediate abort of the mission and later the crew came back to Earth safely.

Soyuz 23 is a Soviet crewed space flight and there are two astronauts Cosmonauts Vyacheslav Zudov and Valery Rozhdestvensky arrived at the station but because of the malfunctions in the system, the mission needs to be aborted. The crew safely returned to the Earth, howvever, they landed on frozen Lake Tengiz, the first splashdown in the Soviet space program. The space shuttle has completed various missions before this fateful launch in 1976 before the worst space disasters and also one of the most miraculous rescues ever attempted.

X-15 FLIGHT 3-65-97 also known as X-15 Flight 191 is a research flight of the North American X-15 experimental aircraft with seven experiments to an actual peak altitude of 266,000 feet. The research flight take on November 15, 1967, and was piloted by Michael J. Adams, however, the flight landed in disaster when the aircraft broke apart minutes after launch due to technical difficulties, killing the pilot and destroying the plane. Michael J Adams reached an altitude of 81,000 meters and initiated a wing rocking manoeuvre to enable the camera attached to the craft to scan the horizon.