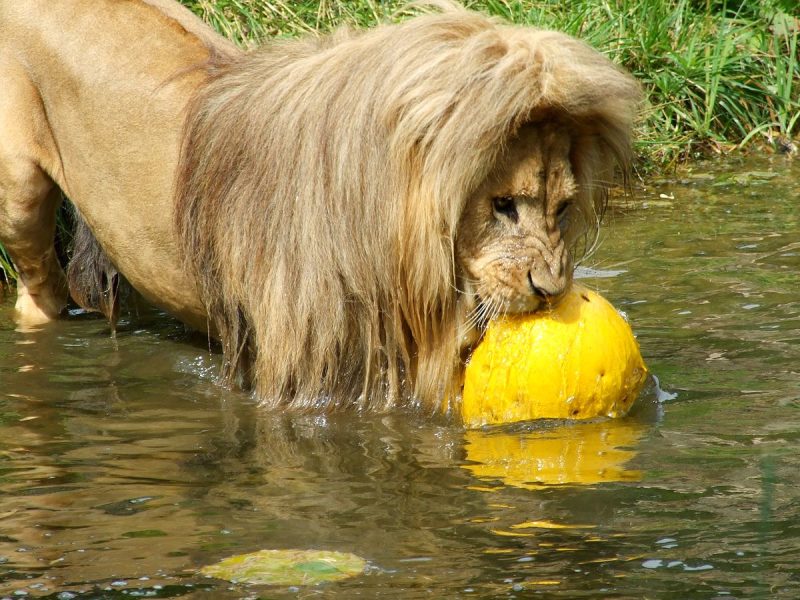 No one can deny that lions are the personification of elegance and poise. These cats belong to a family of 41 species including tigers, mountain lions, jaguars, and leopards. Once upon a time, these creatures ruled the animal kingdom, living as far off as Greece. Today, due to the rampant trophy hunting, many subspecies of lions such as the Barbary Lion, have become extinct. Now, wild lion numbers remain confined to the African continent and a sole National Park in India, The Gir Forest National Park.
These are a few facts about the Katanga Lion is a special subspecies of lions found in Africa. Here are nine facts about them,

The Katanga lion is scientifically recognized as belonging to the family of cats Felidae and to the branch Panthera leo melanochaita, in particular. These lions are also known as South West African Lions, due to their habitat. They are often confused with the now extinct Cape Lion, however, they are in some way related to them.

Katanga lions are endemic to southwestern Africa. Their range extends from the Democratic Republic of Congo, Namibia, and Angola, to northern Botswana via Zambia and Zimbabwe. Their habitat gradually reduced over time due to human encroachments and the rampant hunting of these creatures.

Also Read: Top 10 Different Types of Tigers In The World

These African lions are among the largest in the world. The bodies of adult Katanga Lions are 8.2 to 9.8 feet long, whereas adult Katanga lionesses are slightly smaller, their body length ranging from 7.5 to 8.5 feet. Adult lions weigh anywhere between 140 to 250 kg, and Katanga lionesses weigh between 105 to 170 kgs. This heavy mass is integral to the lion’s survival as it makes hunting and overpowering their prey easier. The coloration of the Katanga lion’s mane gets deeper as it matures, directly related to increases in its testosterone levels.

Typically, a pride is structured to have several lionesses, who are mostly related, and a few unrelated lions. These groups of at most 30 lions live together, hunt together, and protect each other. While the lionesses remain in the same pride throughout their life, lions keep migrating from one pride to another, after they reach adolescence and/or are evicted from the pride by the new alpha male.

The reason for very few lions in pride is the constant battle for power, to be at the top of the hierarchy. To assert themselves as the alpha lion of the pride, these lions usually fight the current head of the pride, either to death or to the extent where he is ousted from his pride.

Within the pack, lionesses usually give birth around the same time. These cubs are then reared together within the pride and can feed on any of the lionesses, not necessarily their mother.

Katanga lions, like other lions, are carnivorous. They usually eat gazelles, impalas, wildebeests, buffaloes, zebras and giraffes with whom they share their habitat.

Katanga Lions were almost on the verge of extinction a few years ago. These lions were almost swept out of existence due to human encroachment on their natural range, and due to being subjected to widespread hunting. Fortunately, due to growing awareness of the need for their conservation, the governments of the countries where these lions are found, have taken significant measures for their conservation. There has been some success in this initiative, especially in Zimbabwe and Botswana.