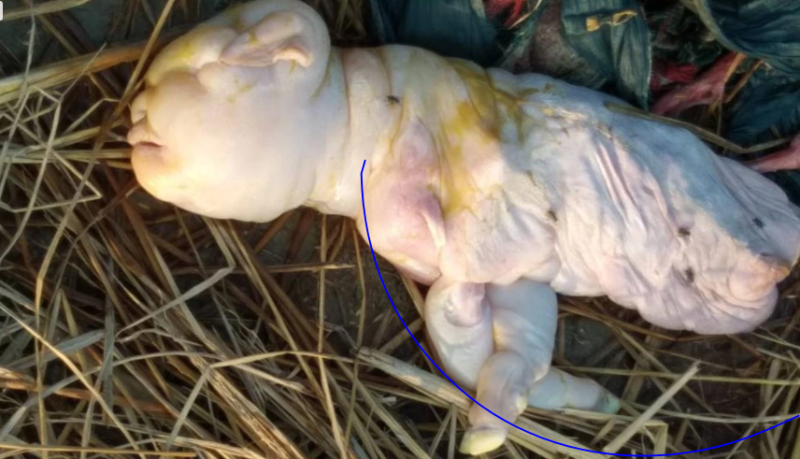 A goat gave birth to a deformed hairless baby that looked like a human in Assam’s Cachar district.

The baby goat left people shocked due to its human-like appearance. The incident was reported from Gangapur village in the Dholai Vidhan Sabha constituency in Assam.

The baby goat had human-like eyes, nose and mouth. Its ears were like those of a goat. It had only two limbs and no tail. It was born without any hair on its body.

The goat, owned by Shankar Das, also gave birth to another baby which was normal and healthy, Sentinel Assam reported.

As the news of the deformed baby goat spread, locals flocked to the house of the goat’s owner to witness it.

The baby goat died shortly after birth and was later buried.

In April, a mutant baby goat that was born with a human-like face was worshipped like a God in Gujarat. The baby goat was born in Seltipada village on the banks of river Tapi in Songadh taluka in Gujarat.

The animal had four legs and ears just like a goat, however, the rest of its body parts resembled that of a human. It had a forehead, eyes, mouth and parts of the beard that looked very similar to those of humans. The baby goat did not have a tail.

The unusual-looking animal survived for merely 10 minutes. Locals worshipped the goat before burying it, believing it to be the rebirth of their ancestors.