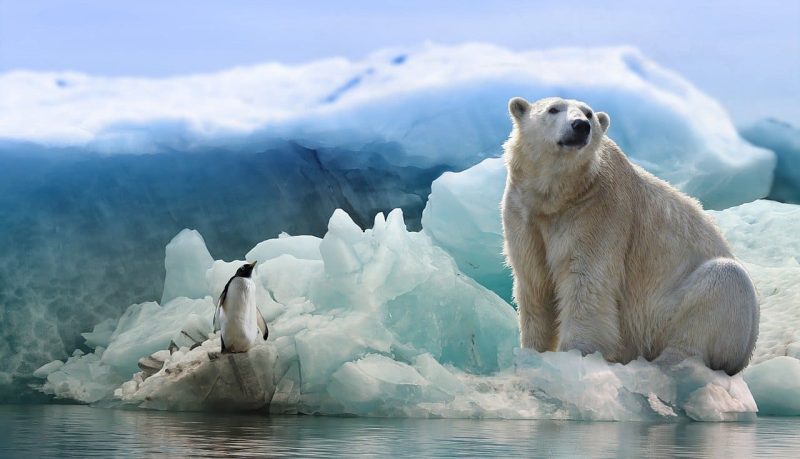 A part of the Arctic’s ice called the “Last Ice Area”, located north of Greenland, has melted before expected. Scientists had believed this area was strong enough to withstand global warming.

But now, in a paper published in the journal “Communications Earth & Environment”, researchers note that in August 2020 the area where the Last Ice Area (LIA) is located, experienced a record low concentration of sea ice. Significantly, they point out that sea ice has been thinning for years, a trend they think has been prevalent because of climate change.

In an article published in 2015, the National Geographic noted that while climate projections forecast the total disappearance of summer ice in the Arctic by the year 2040, the only place that would be able to withstand a warming climate would be this area of ice called the “Last Ice Area”.

The World Wildlife Fund (WWF) notes that climate change is shrinking the extent of Arctic summer sea ice, which is not only important for animals but also for the local Inuit communities.

But while this piece of ice above northern Canada and Greenland was expected to last the longest time, it is now showing signs of melting. WWF claims that WWF-Canada was the first to call this area the‘ Last Ice Area’.

The area is important because it was thought to be able to help ice-dependent species as ice in the surrounding areas melted away. The area is used by polar bears to hunt for seals who use ice to build dens for their offspring. Walruses too, use the surface of the ice for foraging.

When is the area star changing?

In the paper for which research was led by the University of Washington, researchers note that the first sign of change in LIA was observed in 2018. Further, in August last year, sea ice showed its “vulnerability” to the long-term effects of climate change. The ice in LIA has been thinning gradually over the years much like other parts of the Arctic Ocean.

The primary reason for the change?

Through satellite images, researchers noted that the sea ice concentration was at a record low of 50 per cent, as of August 14, 2020. The team also explored the reasons for the record low concentration of sea ice. They say that about 80 per cent of thinning can be attributed to weather-related factors such as winds that break up and move the ice around. The remaining 20 per cent can be attributed to the longer-term thinning of the ice due to global warming.

“During the winter and spring of 2020 you had patches of older, thicker ice that had drifted into there, but there was enough thinner, newer ice that melted to expose open ocean,” the lead author of the study, Axel Schweiger, was quoted as saying in a press release. This open ocean then began a cycle of absorbing heat energy which then melted more ice, “in spite of the fact that there was some thick ice,” Schweiger said.

Even so, the results of their study cannot be applied to the entire region considering there are some unknowns, such as how more open water in the region would affect ice-dependent species over the short and long term.