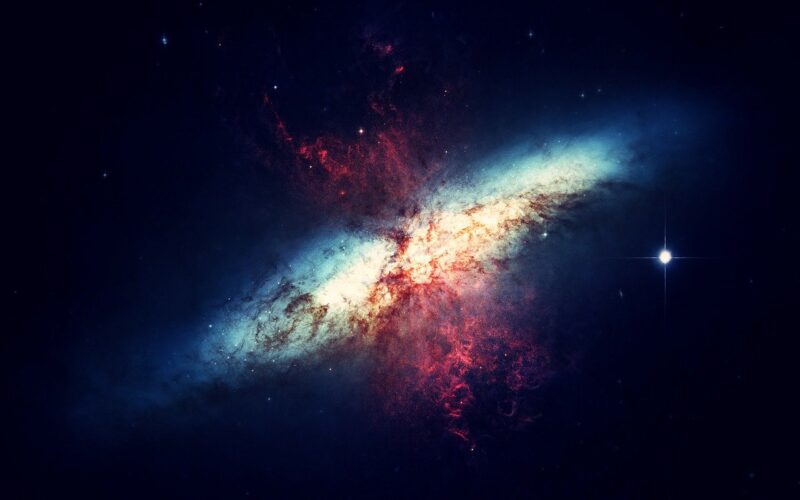 Hubble Space Telescope has reached a new milestone in its work to find out how quickly the universe is expanding, NASA said, adding that data suggests “something is weird is going on”. “There is a discrepancy between the expansion rate as measured in the local universe compared to independent observations from right after the big bang”, NASA said.

The study of the universe’s expansion rate has been a topic that has fascinated scientists and astronomers for a very long time. From the initial studies conducted in the 1920s by astronomers Edwin P. Hubble and Georges Lemaitre to the discovery of ‘dark energy’ towards the end of the 1990s, the advancement in the field has been slow but steady. However, the Hubble Space Telescope has been providing a huge amount of data for scientists to study and NASA believes that something strange is happening in the universe considering how fast it is expanding.

According to NASA, the data provided by the Hubble Space Telescope shows that the rate of expansion has become much quicker in comparison to the expected rate. But NASA was not able to provide a concrete reason behind the discrepancy and went on to call it “something weird”.

“You are getting the most precise measurement of the expansion rate for the universe from the gold standard of telescopes and cosmic mile markers,” said Adam Riess of the Space Telescope Science Institute (STScI) and the Johns Hopkins University in Baltimore, Maryland, and in a statement.

Riess is currently leading a team of scientists who have published a paper regarding the data collected from the Hubble Space Telescope and it was seen that other galaxies are moving away quite fast from ours – showing a clear increase in the rate at which the universe is expanding.

The Hubble telescope has been gathering data for the last 30 years and it shows that although it was predicted that the rate of expansion will be 67.5 kilometers per second per megaparsec with a margin of error of 0.5, the current rate of expansion is somewhere around 73.

NASA said Hubble has calibrated more than 40 “milepost markers” since its launch in 1990. “You are getting the most precise measurement of the expansion rate for the universe from the gold standard of telescopes and cosmic mile markers,” said Nobel laureate Adam Riess of the Space Telescope Science Institute and the Johns Hopkins University in Baltimore, Maryland.

NASA explained the difference predicts a ‘different expansion value’, with data from the telescope supporting the ‘idea that something weird is going on, possibly involving brand new physics’. The exact reason for the difference, however, is yet to be determined.